Hi hi. I was given the name Michael, but tend to use Tadpol instead. (God only knows why.) Sometimes I wonder if I should say anything important here. Other times I think it would be best if I said nothing at all. However, if I am to say nothing at all there would not be much point in having a web site. I like having a web site, so I feel that I must strive to have something to say. Thus I find that I am often saying nothing, but with a great deal many more words than nothing really deserves.

Dreeb! Dreeb! I am a Home Page Virus! Copy me into your home page!

Coffee In Coffee out; 3D printed

I had held the bits to the cup with hot glue. And next to the hot coffee, the glue would get soft, not melt, but soft. So it sagged. 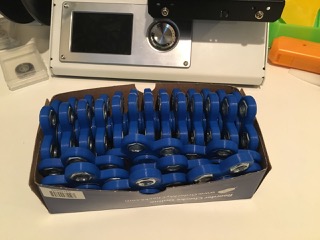 Coffee In Coffee out; Inductively Charged

The batteries were always a temporary part of my Coffee In Coffee Out project. I wanted something else that would be better. And when I saw this inductive circuit on Adafruit, I knew what that better was.

Coffee In Coffee out with Node-RED

As part of my Coffee In Coffee Out project, I needed a gateway to take the data from the Moteinos and push it up to the internet. I started out with some kludged scripts that mostly worked just fine. But they had some oddness since they were very blocking and single threaded. Plus I wasn’t thrilled to try and build up something new where I knew there had to be a bunch of prior work. Given the choice, I’d rather build upon the bugs others have solved, than to re-solve them myself.

Coffee In Coffee out 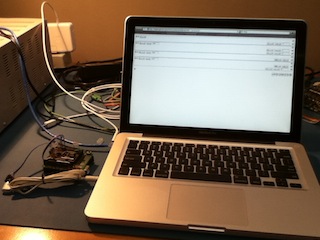 Things are lightly categorized here. Go ahead and poke around.